It is with such great sadness that I have to pass on the news of the death of Henry Kyatha.  Henry – along with his wife Ruth – was the driving force in Kenya of the founding and operation of our program.  He was somebody I looked up to.  He was a caring person.  He was my friend and I will miss him tremendously.

The funeral took place on December 27th.  His wife, four children, grandchildren, large extended family and a thousand other people gathered to pay tribute and celebrate his life.  He was a farmer, business man, community leader, elder in his church, and the father figure to all of the children in the program.  Henry will be so dearly missed.  We offer our thanks to those who reached out with support to the Kyatha family and the Walters during this difficult time.

It has been a lengthy process to finally finish the new Rolling Hills Residence.  Below are pictures of the building that is home to 52 orphans and is the base of operations for our entire outreach program. 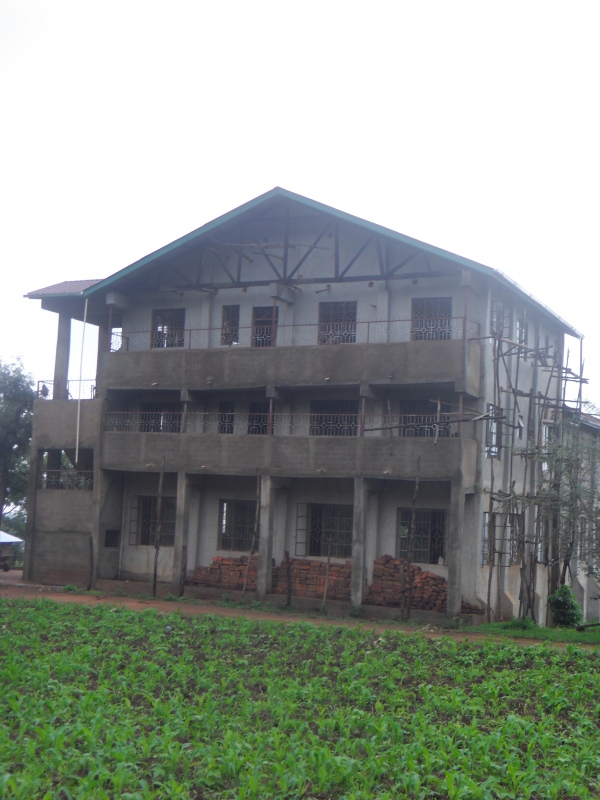 Viewed from the front, the first floor is our dining hall and kitchen, the second is the offices for the program and the two dorm rooms for the girls and the top floor is our conference room (which is rented out to the community for events and conferences) and a library for our children. 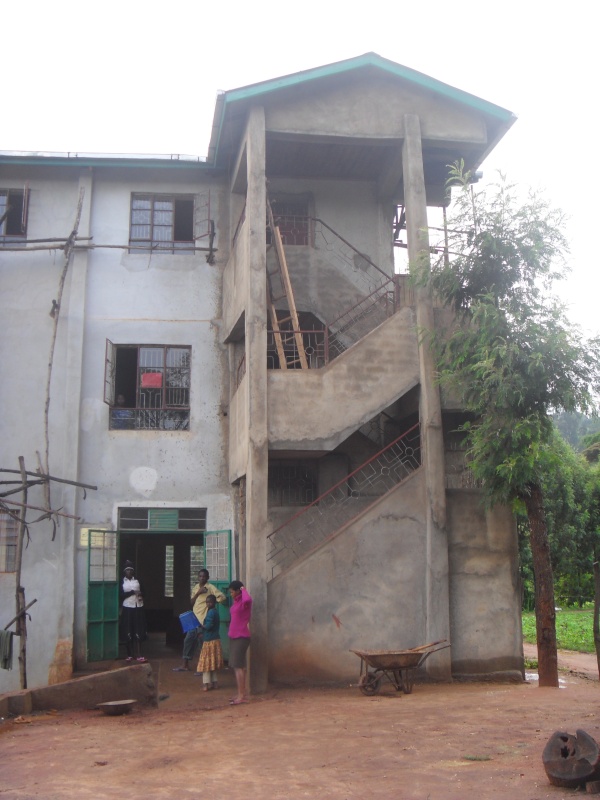 The open door leads into the dining hall.  The steps are separate and lead to the offices, conference room and library.

From the side the lowest green door leads to the dormitory for the younger boys.  The next level up is the residence for the older boys.  The windows above that are, on the left the kitchen, and on the right the dining hall.  The four windows on the top floor are the dorms for the younger and older girls.  The next two windows on that floor are the offices.  The separate partial floor that is the 4th floor is where the conference room and library is housed.

We want to acknowledge and thank the following people who made individual donations to support the program.  They will – or already have had – thank you pictures to indicate where their donations have been used.

We’d like to take this opportunity to thank so many sponsors who either made donations for Christmas presents or sent, by mail, presents to be delivered to their sponsored children.

IMPORTANT NOTE: While the December food distribution took place there was a delay in children receiving their Christmas presents due to the death of Henry.

Fairview P.S. remains one of our most dedicated ongoing supporters.  They raised $1001.85 which will be used to help purchase ‘start up’ kits for students entering grade 9 (Form 1) in late January and early February. 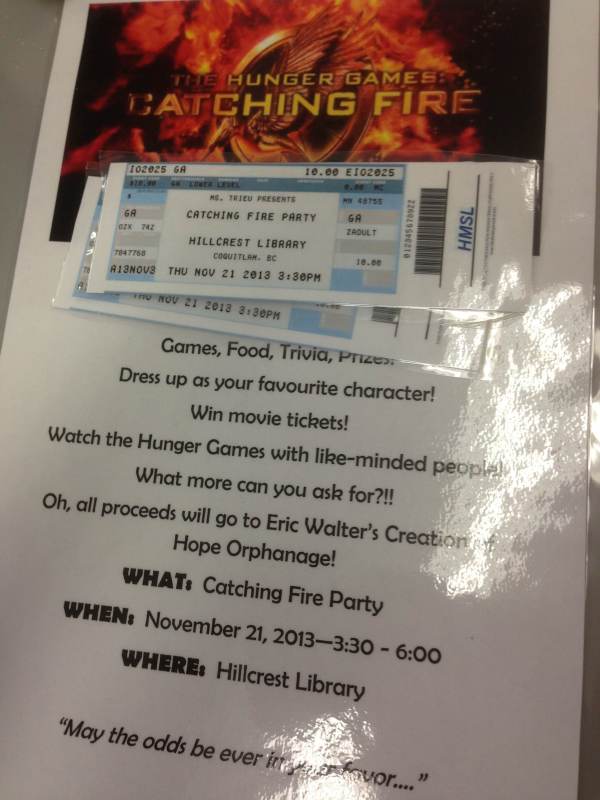 Two months in a row our kind friends in Whitehorse at Jack Hulland Elementary School have made generous donations.  The second was for a sum of $949.00.  Our dining hall, The Whitehorse Room, is named in their honor for the funds they have raised in previous years. 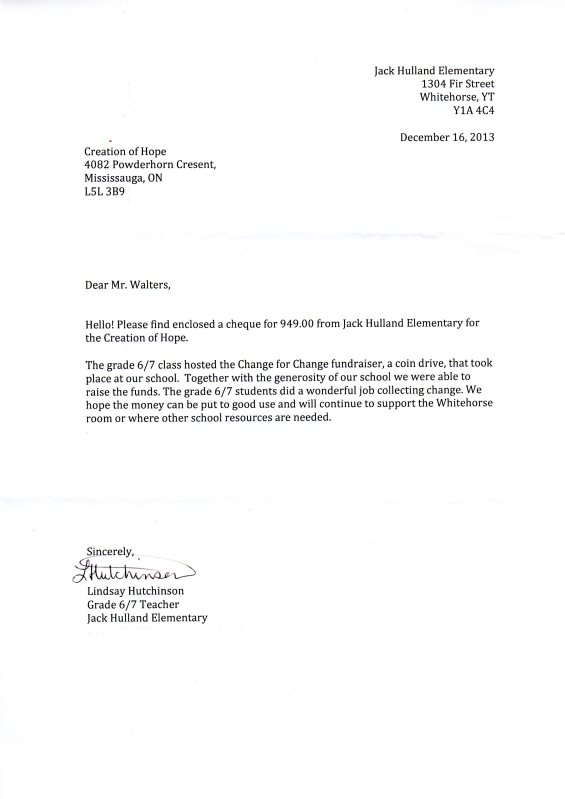 Once again we will first direct these funds to the dining area, making sure that any new chairs or tables will be purchased and perhaps a new coat of paint might be applied to keep the hall looking beautiful!

St. Anne C.S. in Kitchener, under the direction of Cathy Renda donated $500.00 which will be directed to daily support of The Rolling Hills Residence.

Clarkson Secondary – The students of ENG 1DO – B under the guidance of Lynne Mark raised funds that are being used for daily support.

St. Mildred’s-Lightbourn School in Oakville donated $750.00.  They also donated a sock-monkey named Millie who will soon be in the hands of one of our orphans.

Immaculata High School raised money for Creation of Hope through the sales of popcorn.  Here is a link to their project.  http://ocsb.ca/good-news-blog/853-immaculata-charity-popcorn

Mckinnon Public School made a donation of $385.55 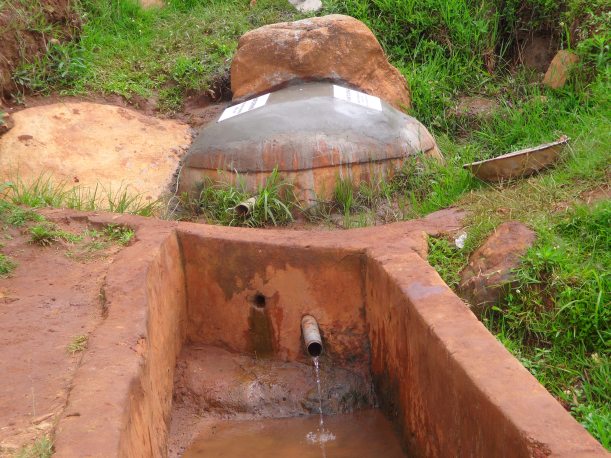 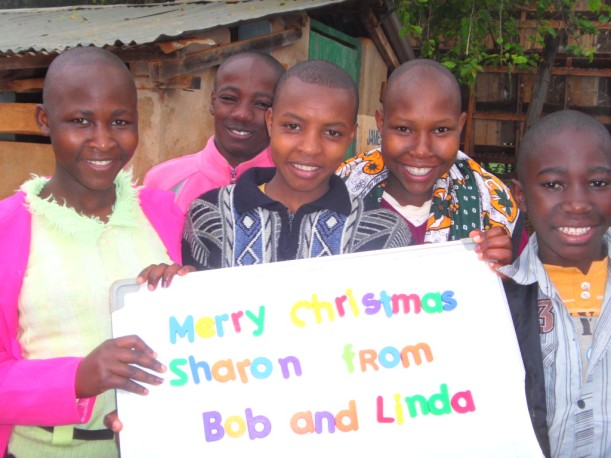 This is Redempta working on cakes.  We have one of the only ovens in the whole district and we have been utilizing it for our own children but also to raise money for the program.  Redempta and our cook have been baking and selling cakes, cookies and muffins to community stores and schools.  The money is then used for the ongoing needs of the program.

Often they produce wedding cakes such as these

Below are cakes made for the birthday of Sarah – paid for by her sponsor – Lou-Anne Peroff. 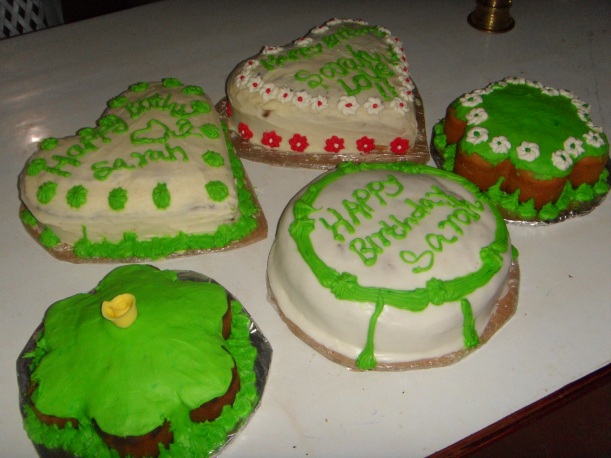 Of course birthdays have more than just cake.  They were given their favourite meal – rice pilau  (a mixture of rice with vegis, beef and a delicious combination of spices) – something that Ruth personally makes for birthdays. 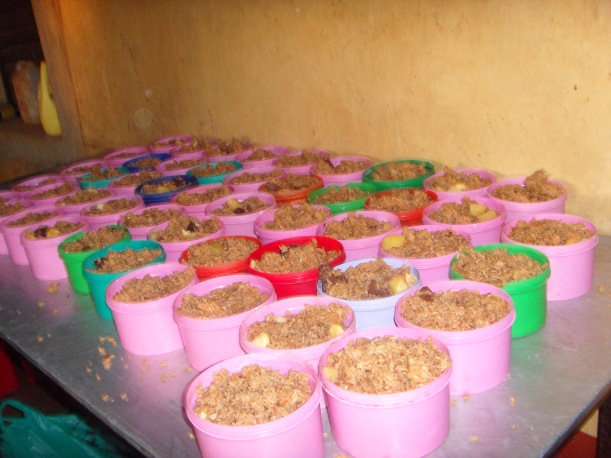 Our children are involved in activities in their schools, church and community.  Here are our graduates from Cadets in their uniforms.

You might notice that cake – and our wonderful oven – are once again contributing to the ceremony.

We wish you all a safe and healthy New Year and look forward to working together in 2014. May peace and love be with us all.