Ecole Secondaire Catholique Saint-Frere-Andre raised $520.00 which is being used to help fund the May food distribution and days of supporting for May 5 – 9.  Thank you Marc for organizing my time at your school

Claremont P.S. raised $173.50 which is being used to help fund the May food distribution and supporting the residence on May 3.

Tosorontio Central School raised $376.50 by hosting an Easter bake sale.  The funds are being used for a variety of things including chickens, goats, and school uniforms.  Great thanks to Jessica for her leadership.

The students at Robert Bateman High School raised $850.  They organized a Culture Fusion Festival and the proceeds will be donated to your organization.  This was used for 8 days of support – April 7 to 14 – and to help fund the April food distribution.

Ms. Murphy-Smith’s class at Glenview P.S. raised money to purchase goats, support the March food distribution and to provide days of support on March 8 and 9.

Individual Donations
Patrick made a donation to purchase a blanket.

Gurshaan made a donation of $4.00 which was put toward the April food distribution.

Carrie made a donation for one day of support – May 4th.

A student at St. Theresa of the Child Jesus, Bruno made a donation of $8.00 which was put toward the April food distribution.

Marot and Peter have made a donation that will support the residence for one day every month for a year!

In addition their company, M.E. Industrial Sheet Metal Ltd is also supporting the residence for one day a month for a year!

So every 1st and 2nd day of every month our orphans are cared for by these amazing people!

Charlie, a student at Coldstream Elementary school made a donation that was put toward the March food distribution.

Two students at BX Elementary School – Nathan and Kate – made donations that were placed toward the March food distribution.

We received an incredibly generous donation from Annette which provided for five days of support – March 15 to 19.

Bennett – a young man who was in a presentation of mine over a year ago – just made another donation for a day of support.  March 22 he is the ‘parent’ of our orphanage.

Three students, Charlotte, Indiana and Ronin made donations that were put toward the April food distribution. 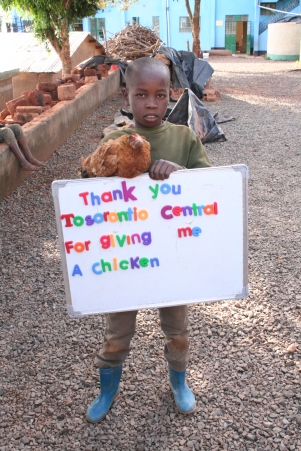 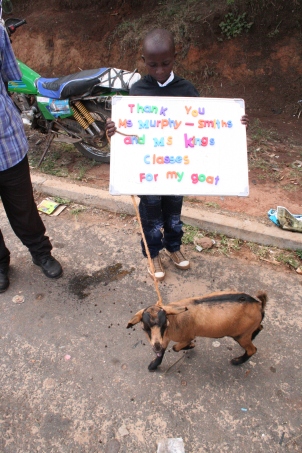 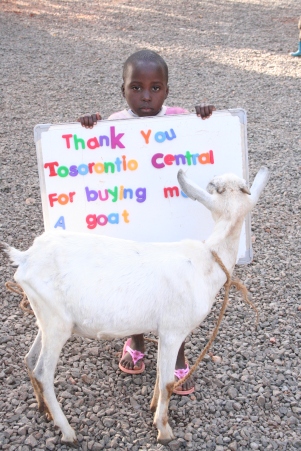 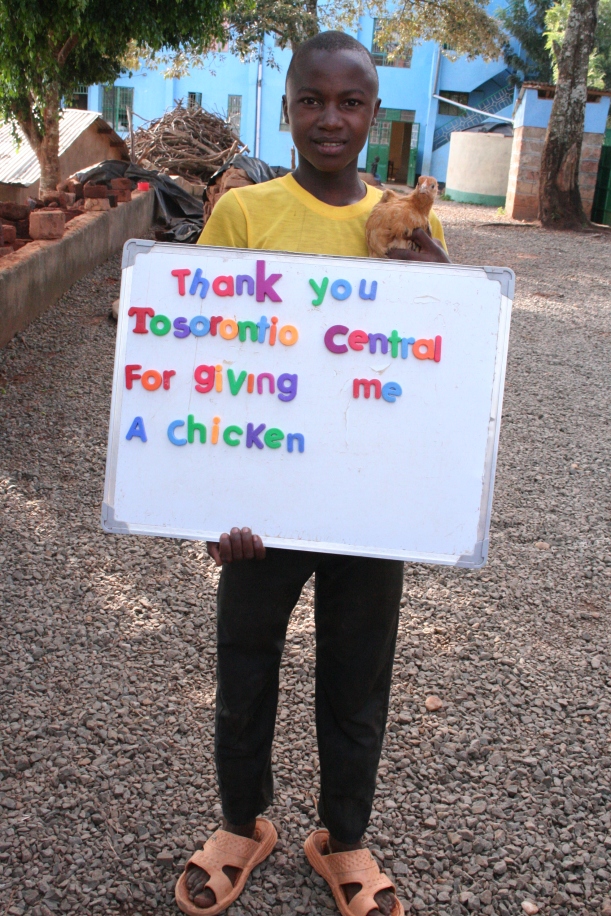 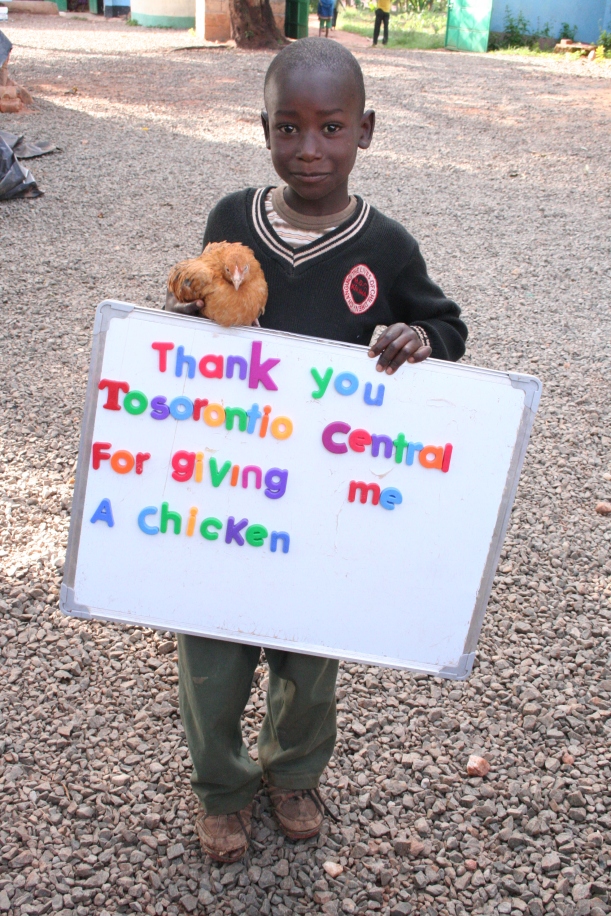 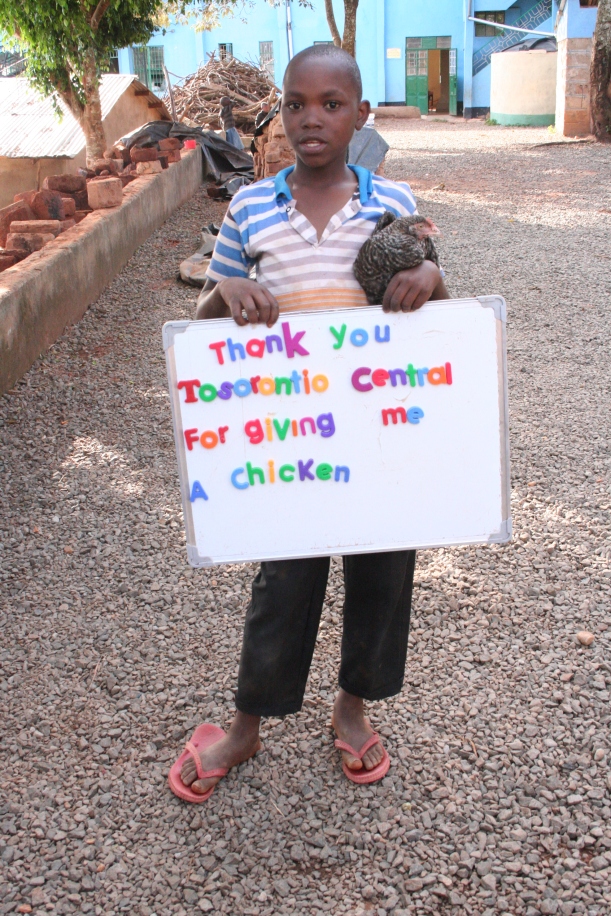 Each month we give out up to 2.2 tons of food and supplies to the orphans and impoverished children of the region.  While most of this is funded through our regular sponsors we always have a short fall in funds because we also give out to others who are not sponsored.  If we receive more donations we give out more! 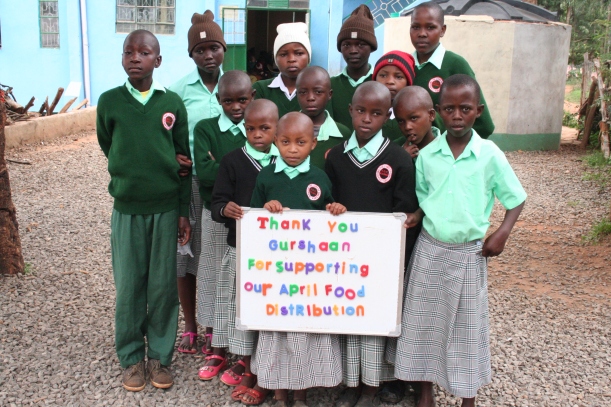 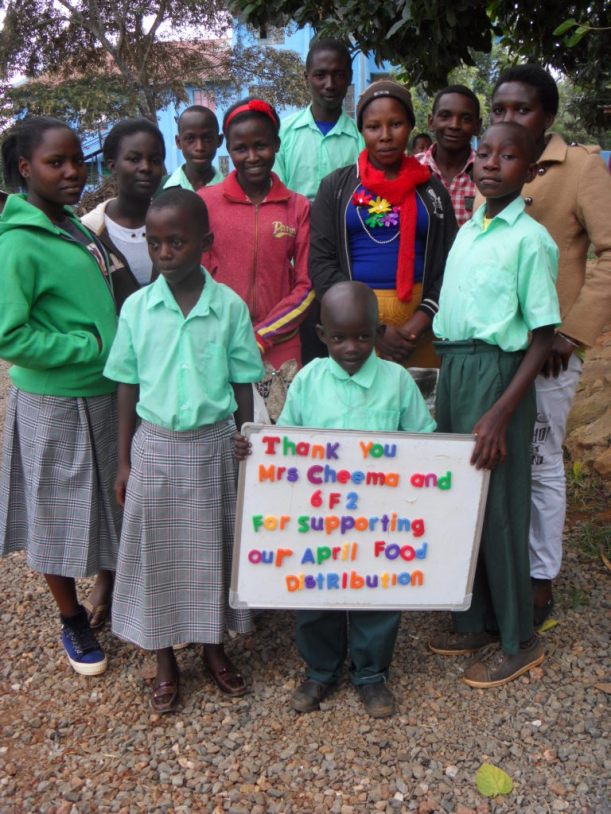 A donation of $100.00 provides for our residence for 1 day.  This is food for all the children, the salaries of the driver, the night watchman, matron, caretaker, tutor and cook, as well as the electricity, sanitation and water for the entire building. 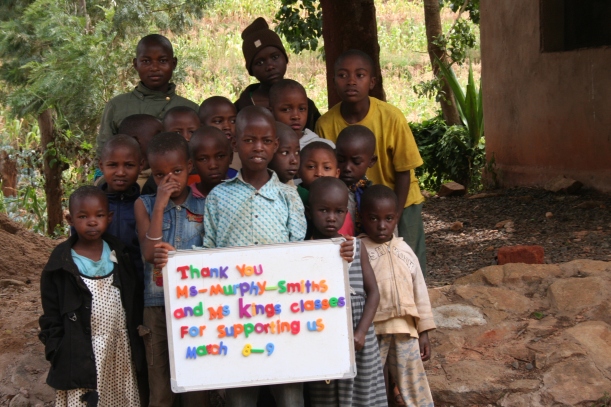 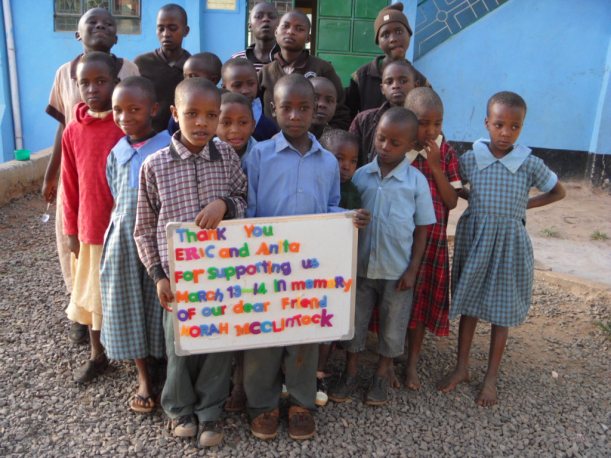 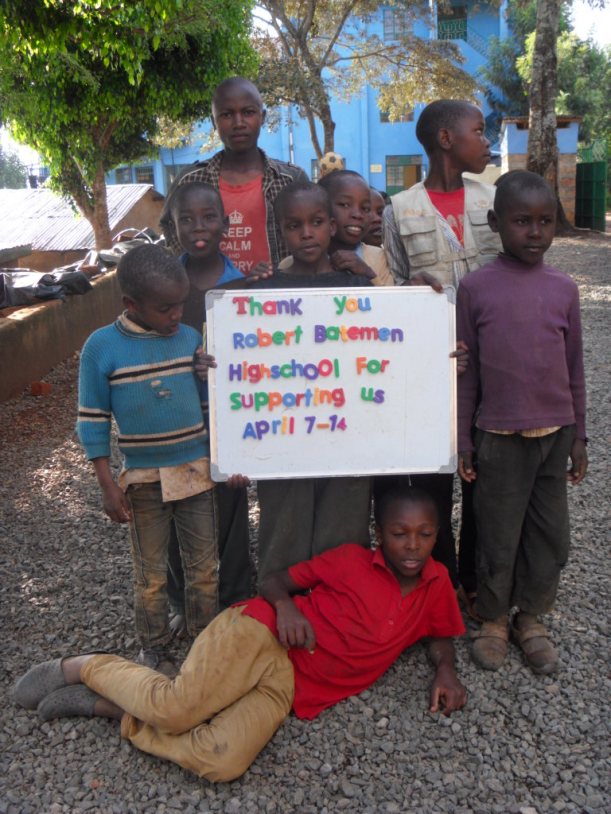 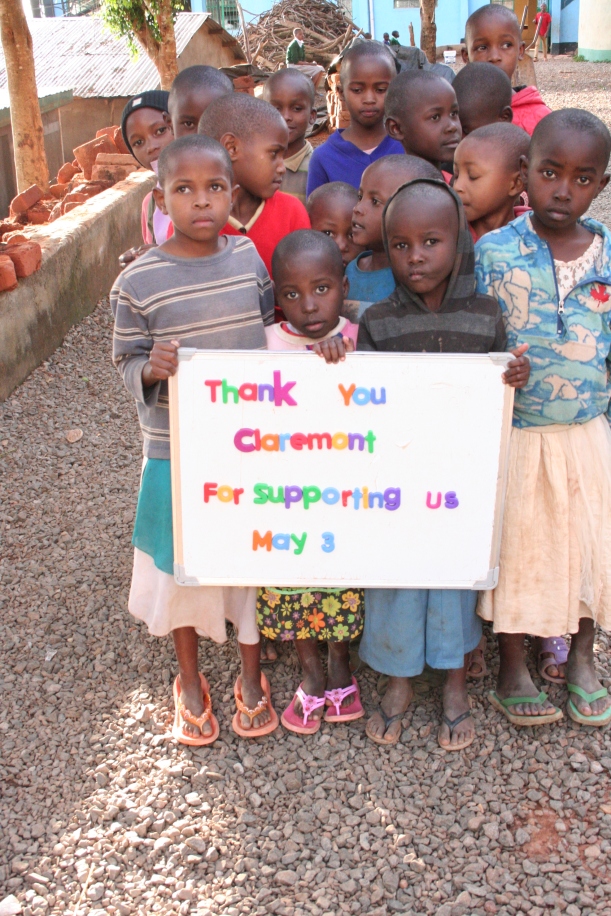 Below are a series of thank you signs from our children for their sponsors and educational sponsors.  These are some of many that have all been sent off to the people who are changing their lives! 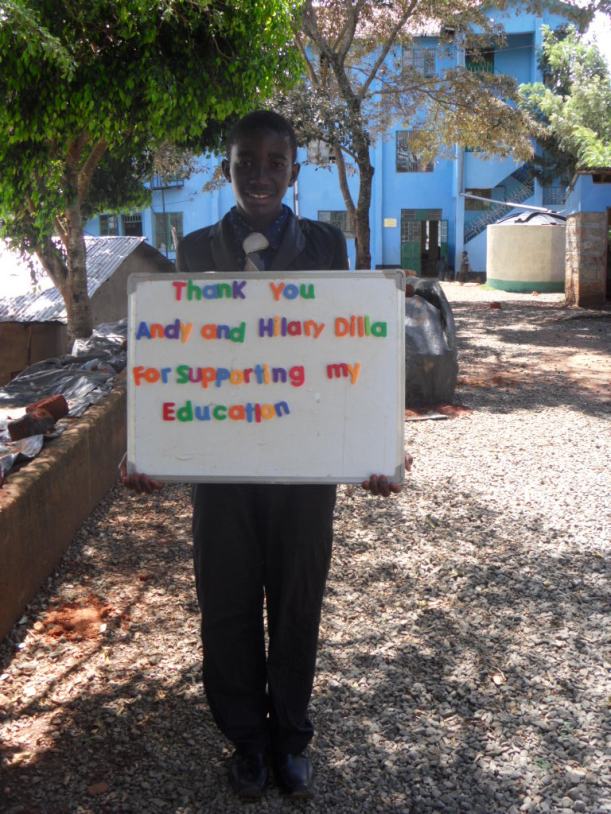 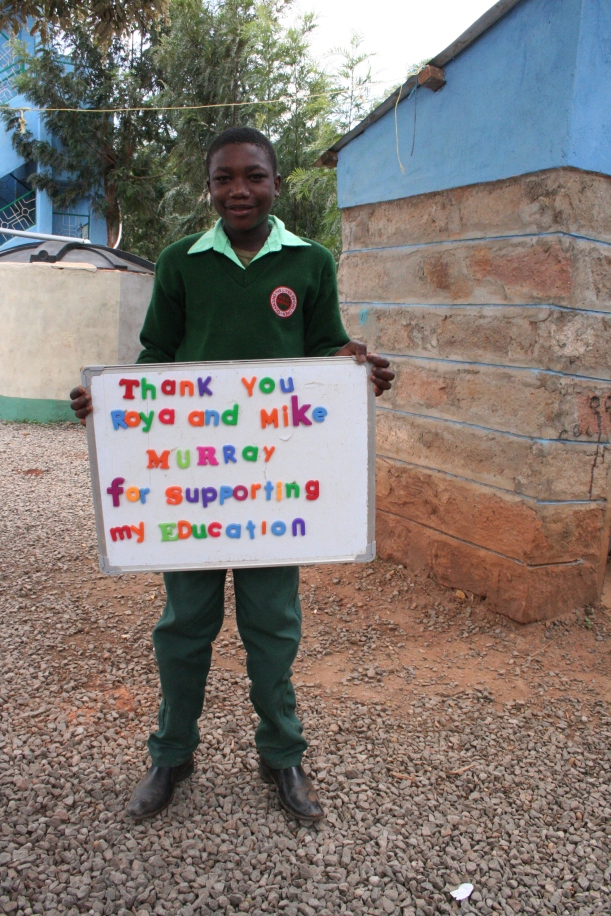 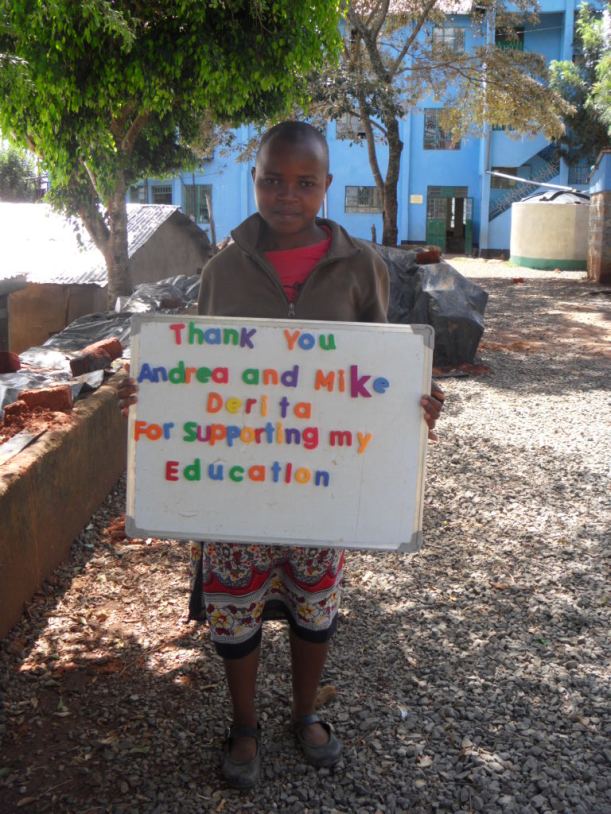 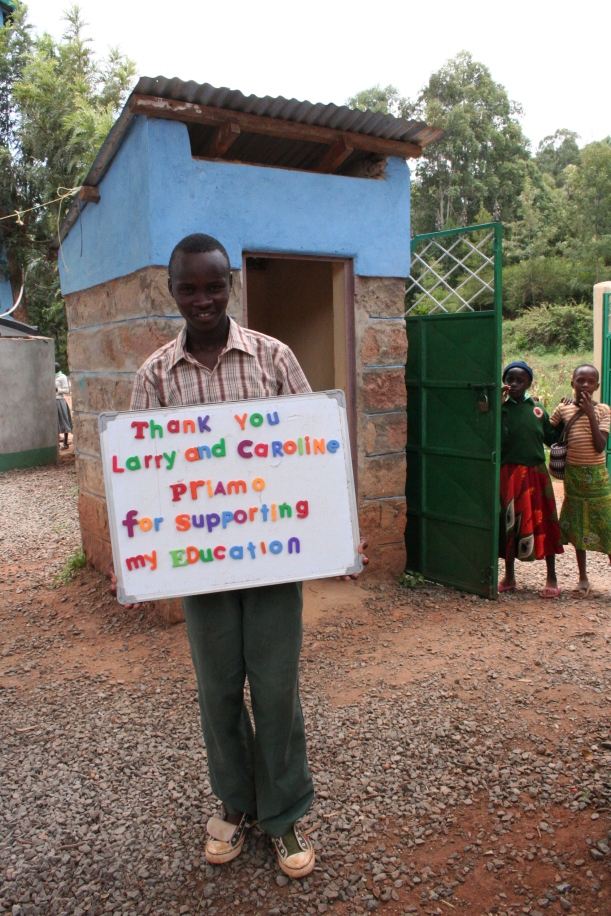 From Christine and Emily 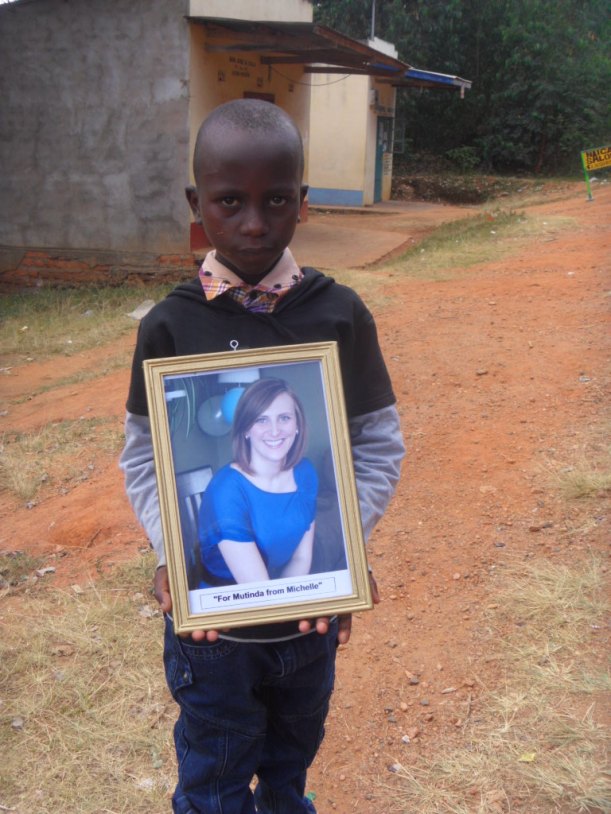 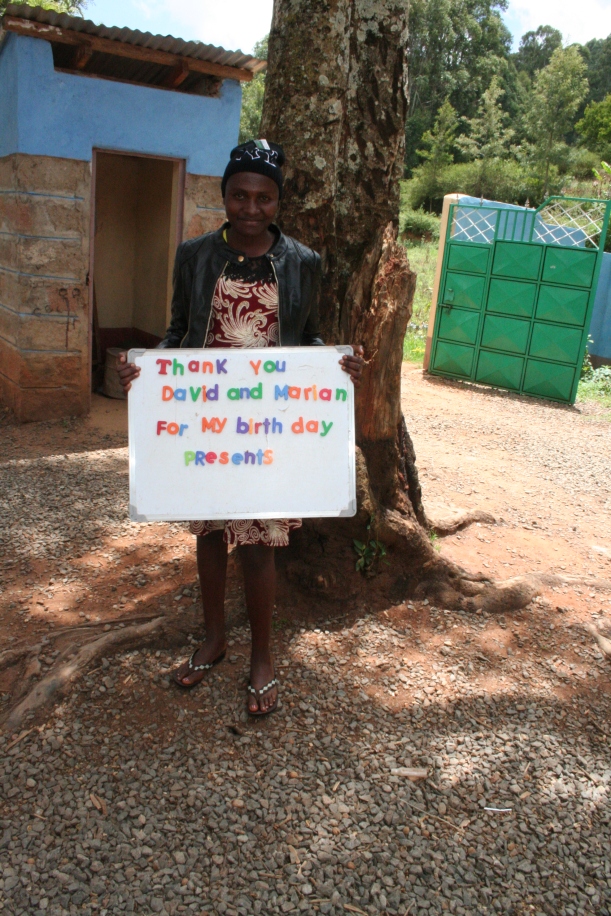