Kioko Mutinda, the patron of our program, visited Ontario for two weeks at the end of April.  He travelled and presented at schools, met with staff at Hope Story and also met with sponsors in the Guelph area.  It was a whirlwind and very successful visit.

Kioko came with me to visit North Bay when I presented at West Ferris.  Under the direction of their teacher, Trisha Bradford, class 7A collected funds – along with Trisha’s family members.  They are asking that the $251.70 be directed in the following ways: A day of support – June 27 – two goats, 4 chickens, and to support the June food distribution.  The thank you signs are being sent.

West Ferris Secondary School had also made a donation previously that provided for two days of support – April 21 and 22 – and also contributed to the April food distribution.

St. Luke made a donation for 2 goats

W.J. Fricker School made a donation that provides for support of the residence for April 23 and 24.

West Oaks School, under the direction of Rebecca made a donation that provided support for the residence on April 16 and for the April food distribution day.

Liz also made a donation for 2 goats.

Holy Family made a donation that supported the residence from May 11 to May 16 and for the May food distribution.

Orchard Park P.S. raised money that went to support the residence on March 19 – 21 and also for the March food distribution.

Alessandra donated $50.00 to be used for the May food distribution

Sal made a wonderful donation of $25.00 to our orphans.  This money was used for the May food distribution.

JoAnne made a donation for a goat as a birthday present.

We had a wonderful donation from a young man in B.C. named Daniel who raised money through the Candy Art Group.   The $12.00 be was put toward our food distribution in April.

We just had a wonderful donation from Penguin/Random House for Walking Home for $2299.45.  This money was put toward days of support – May 17 to May 30 and June 1 to June 6 as well as the May food distribution day.

We had donations made that were designated for a very specific purpose.  Here are some of those thank you signs – all signs are sent directly to the person who made the donation. 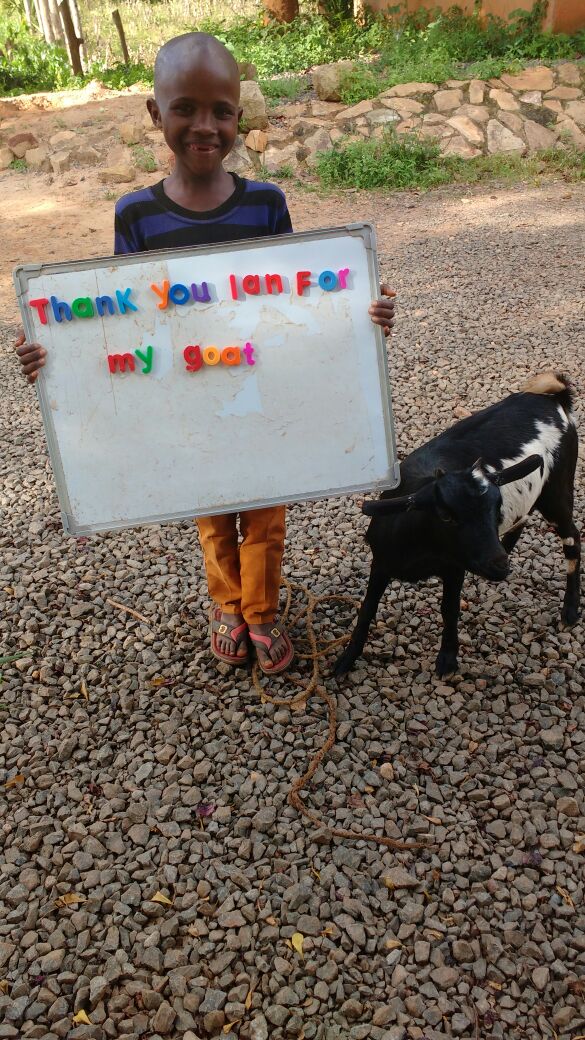 Every month we give out up to 2.2 tons of food and supplies to the orphans and impoverished children in the community.  This is payed for by ongoing sponsorship of children as well as specific donations. 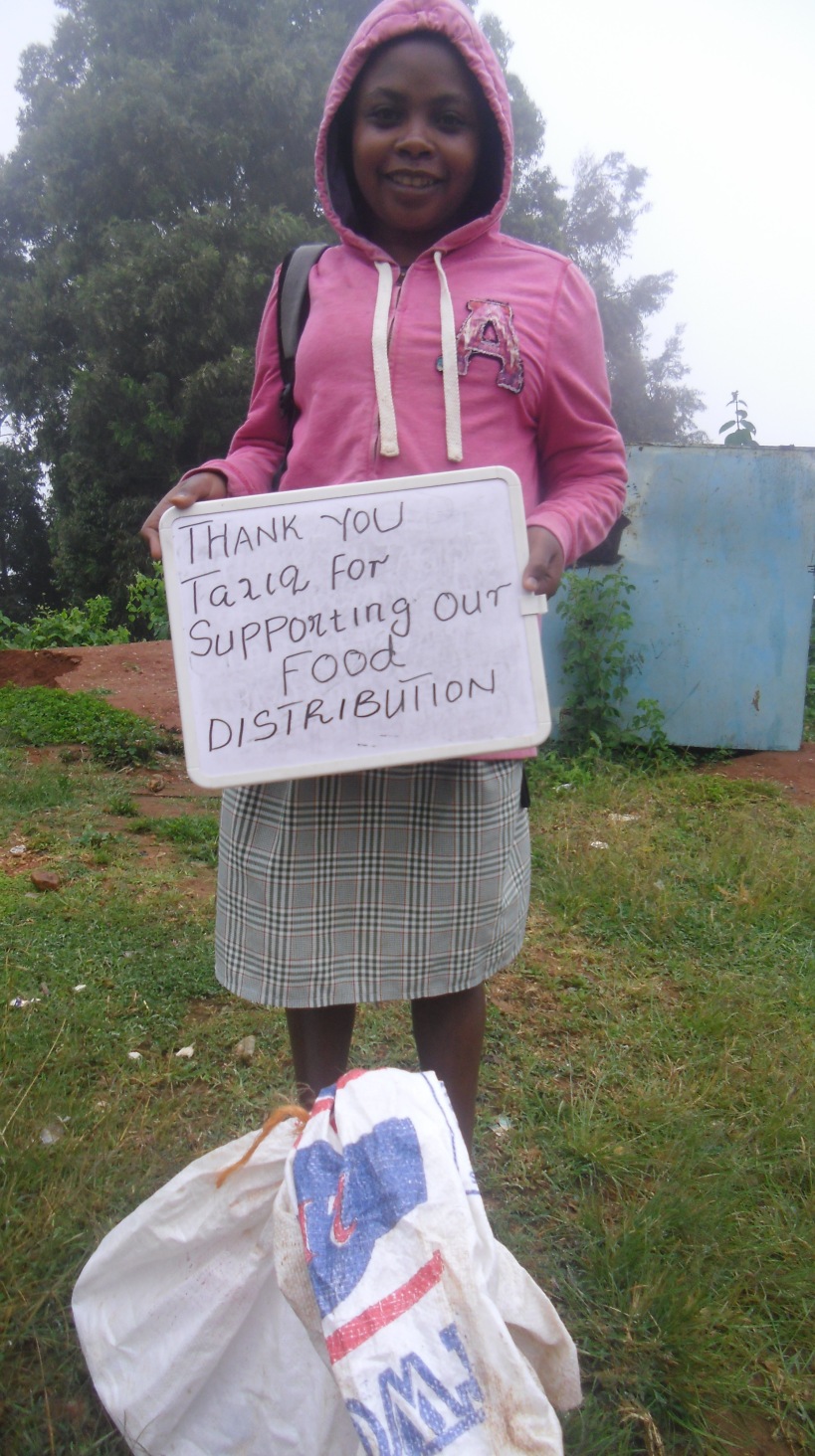 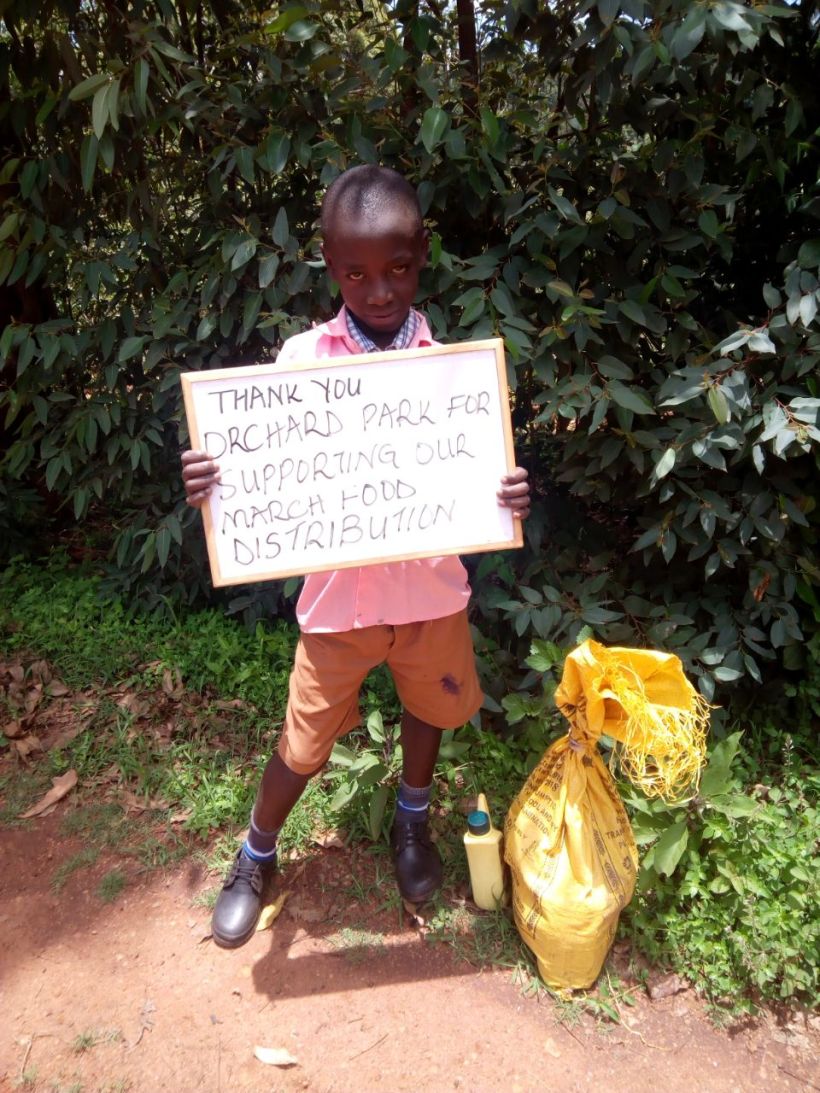 The entire residence is supported for $100.00 per day.  This provides food for all 59 children, the salaries of the driver, night watchman, driver, cook, matron and caretaker and the utilities for the building. 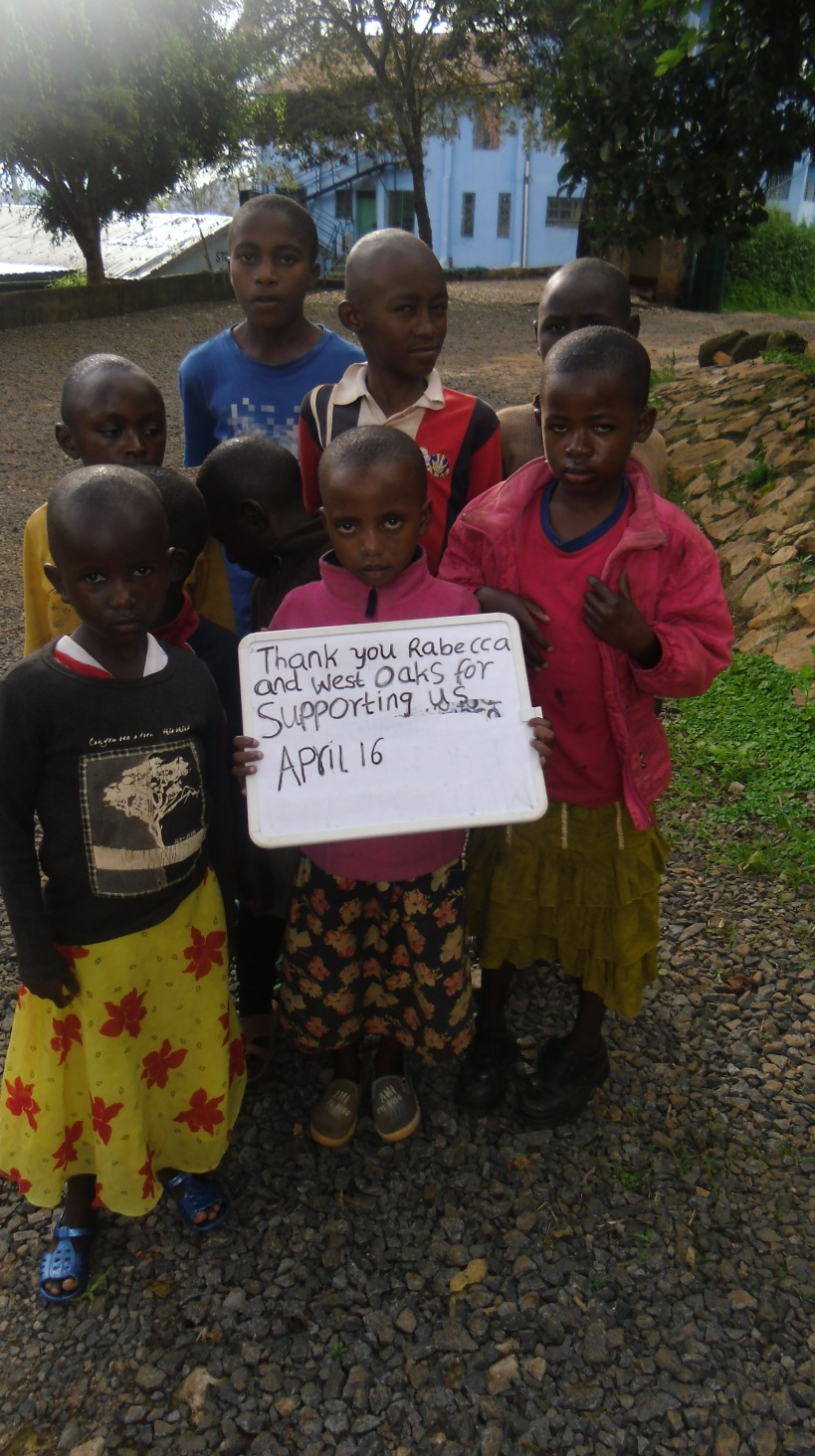 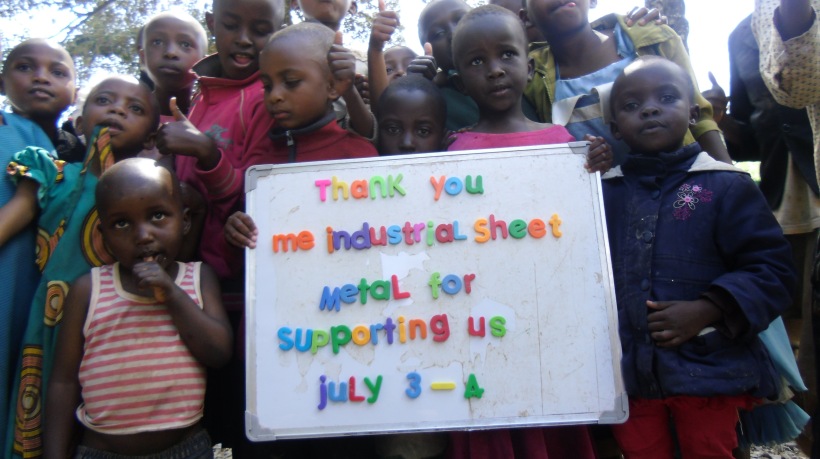 We have sponsors who have a connection to, and provide funding for, a specific orphan.  These sponsors are in Canada, the U.S., the U.K., Germany, and Kenya.  As our original children are moving through high school, university, college and graduating we have begun taking on a younger generation of orphans.  Hope Story is taking direct responsibility for these new children.