It’s been a very busy summer with Ruth spending time with us in Ontario.  During her two-week stay we tried to have contact with every single sponsor in the program.  This involved emails, phone calls, meetings, evening events and a full day of business meetings at Hope Story.  We had the opportunity to share with our sponsors all the updates on their sponsored child including school marks, specifics about the child, successes, challenges, and future directions.  We also talked about the 24 young people who have now graduated from college and university.  We have had great success in supporting them through school and into the work force.  We were delighted that almost all the sponsors of graduates have decided to remain involved in the program.  They are becoming education sponsors for another child, are taking on sponsorship of a new child or simply donating to general funds.

We have been offered the opportunity to partner with Welo water.  They make probiotic water and give a donation from each bottle sold to provide for water projects.  They have just given us a check for $5080.40 to be put toward the bore hole!  Great thanks to Stef and Jack for your ongoing generosity.  You are not just giving people water, you are giving them life!

Every year we have a celebration for all the children to celebrate birthdays.  This started originally because some of our children came into care not knowing their birthdays – they were abandoned so young that in some cases they didn’t even know the year of birth.  With no birth date they couldn’t receive a birth certificate which meant the government considered them not to exist.

Each year we secure for all the new children in this situation both a date of birth and a birth certificate.

This year there were over 400 people in attendance.  This included all of the orphans, their guardians, extended family relatives including cousins, and elders of the community. 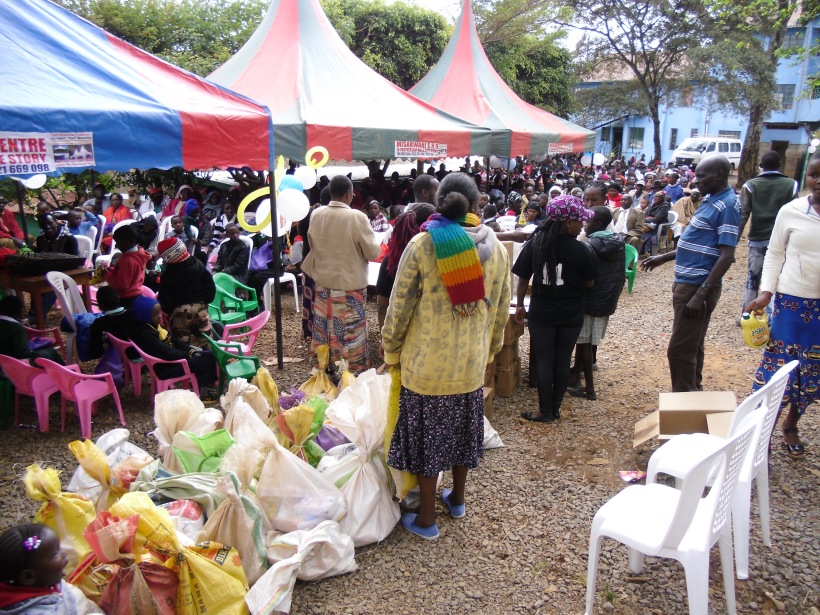 The children all receive hats, cake, and a loot bag filled with school supplies, toys and other assorted little presents.  All of the guardians and grandparents are part of the meal – imagine cooking for 400 people!

In addition, this is tied into the monthly food distribution.  The guardians go home with food supplies – up to 2.2 tons per month – as well as goats, school uniforms, tools and other assorted items to improve their lives.

This party is the basis of a book called Today is the Day.  Each time this book is purchased Tundra Books donates money for next year’s birthday party.

Holding the book – in the green sweater – is Matanu who is the character in the book.

Parkland E.S. made a generous donation that is being put toward our new water project.  This project involves a bore hole which is being drilled down 150 meters to secure a permanent supply of water to the orphanage.

Chris Hadfield P.S. in Mississauga, under the direction of Lorin, raised $6000.00.  On June 28th Anita and I went to the school to accept the check and give personal thanks.  This money is being used in the following ways:

Supporting both the July and August food distribution.

We had another wonderful donation from Fairview P.S. – one of our longest supporting schools – in the amount of $631.71.

This money was designated for supporting us September 17 – 21 and the September food distribution.

Cleardale P.S. made a donation of $397.75 that was used for days of support October 5 – 7 and for the October food distribution. 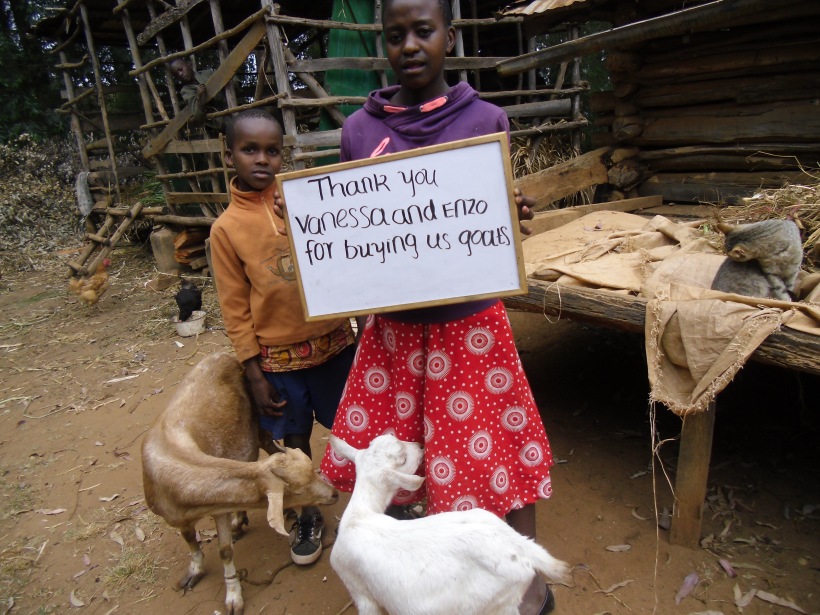 The TN Conference UMW made a donation of $300.00 U.S. which was converted to Kenyan Shillings and provide for days of support for September 27 – 30.

Steve and Rosie have given another $1000.00 which is being put toward days of support September 12 – 16 as well as for ongoing educational support for Kioko. Just a side note about Kioko. He is in grade 11 and is on his school basketball team. They won three of four tournaments and in one game he scored 64 points and had 34 rebounds.

Nicholas – who travelled to Kikima and made a documentary film about the program for Hope Story – made a donated $2075.00!  This money was used for days of support August 15 – 31 and for the August food distribution.

Mike and Janell made a donation which supported the program June 21 and 22.

Timi Febo made a donation which was used to support our June food distribution.

Harold and Elizabeth provided supporting for our residence for June 23 and 24.

Thank you Mrs. Cohen for supporting our education.

Thank you Ms. Kate Devine for supporting our education.

Thank you Amazing BRPS Grade 7/8 Students for supporting our education – From Ms. Rich.

Laura made a donation which supported the program for June 25.

Margot and Peter and their company – who have been incredible donors supporting 4 days a month – just gave an additional $500.00 which is going to be used for the bore hole.

Barb Ross gave a donation to be used for the birthday party.  As well Emmanuel Baptist Church in Nova Scotia donated $250.00.

Robert and Yolanda made a donation that is being put toward two days of support – September 5 and 6. 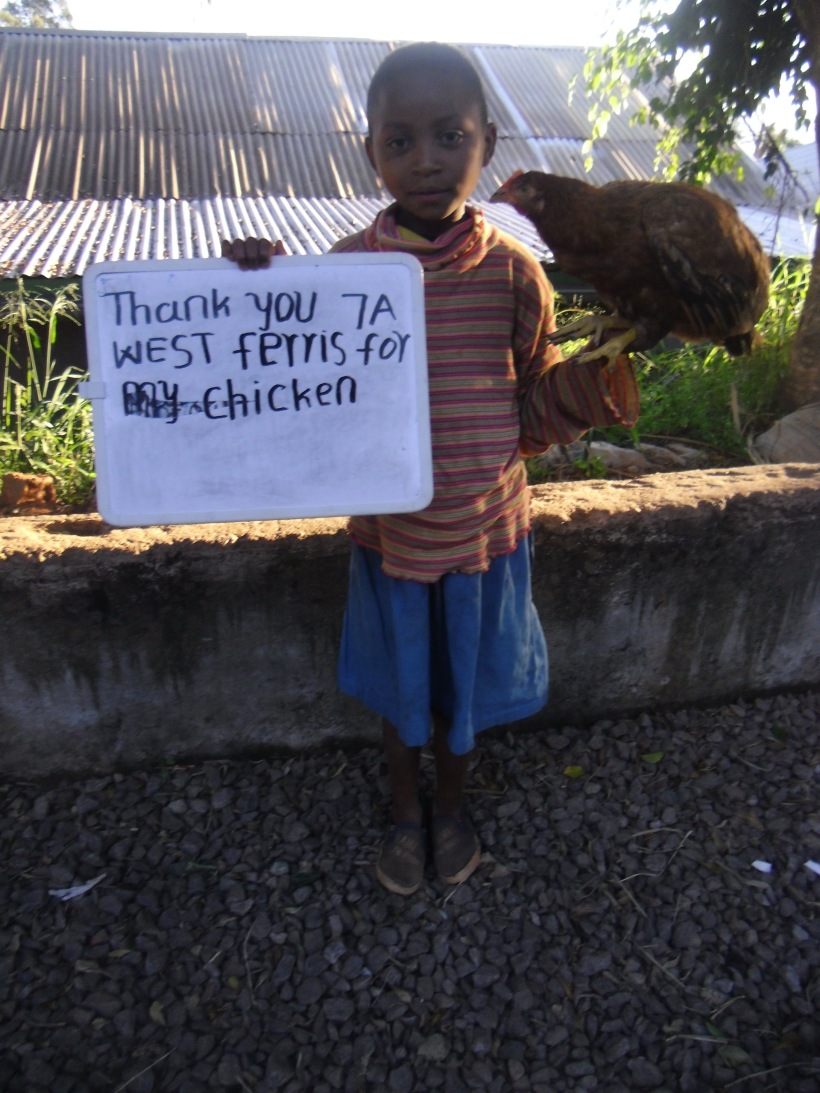 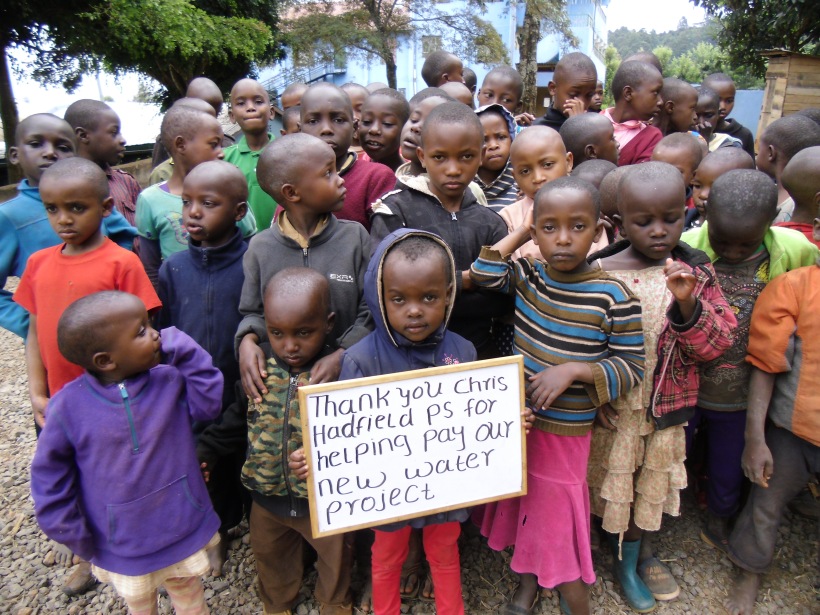 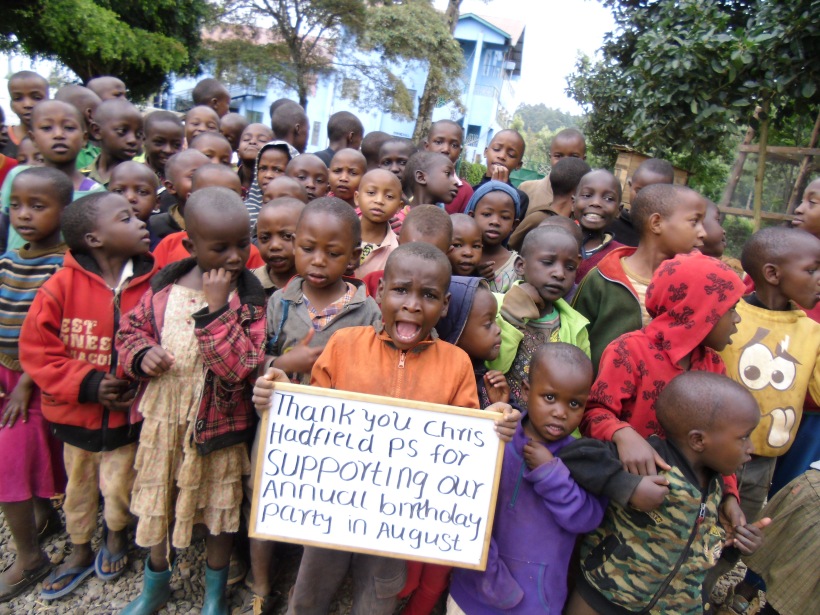 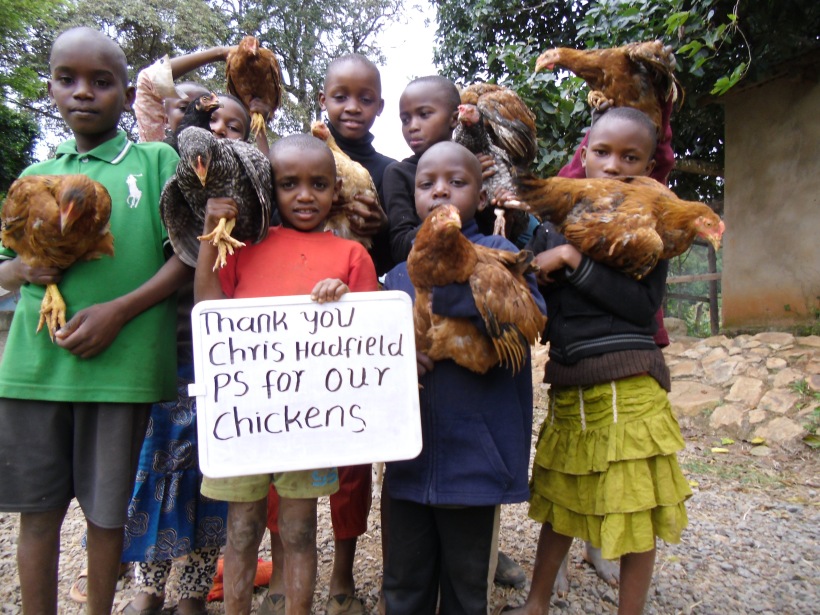 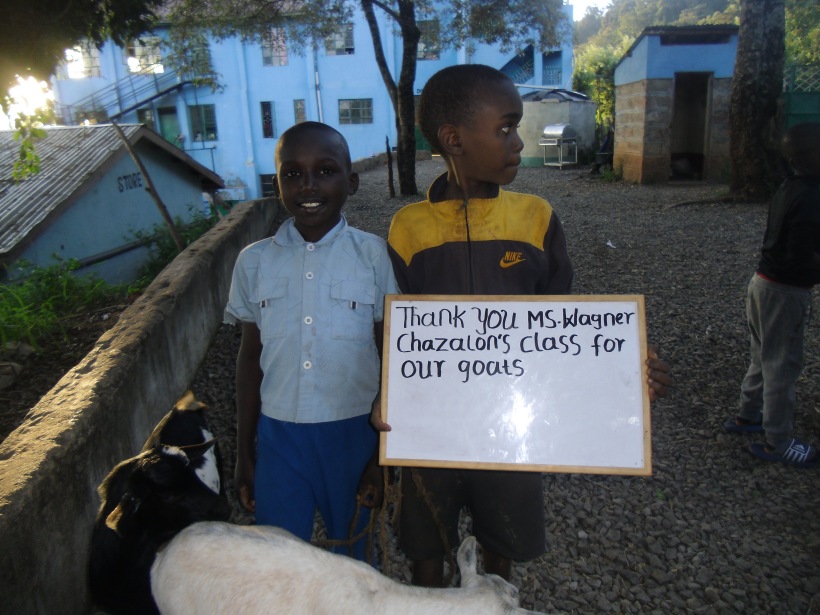 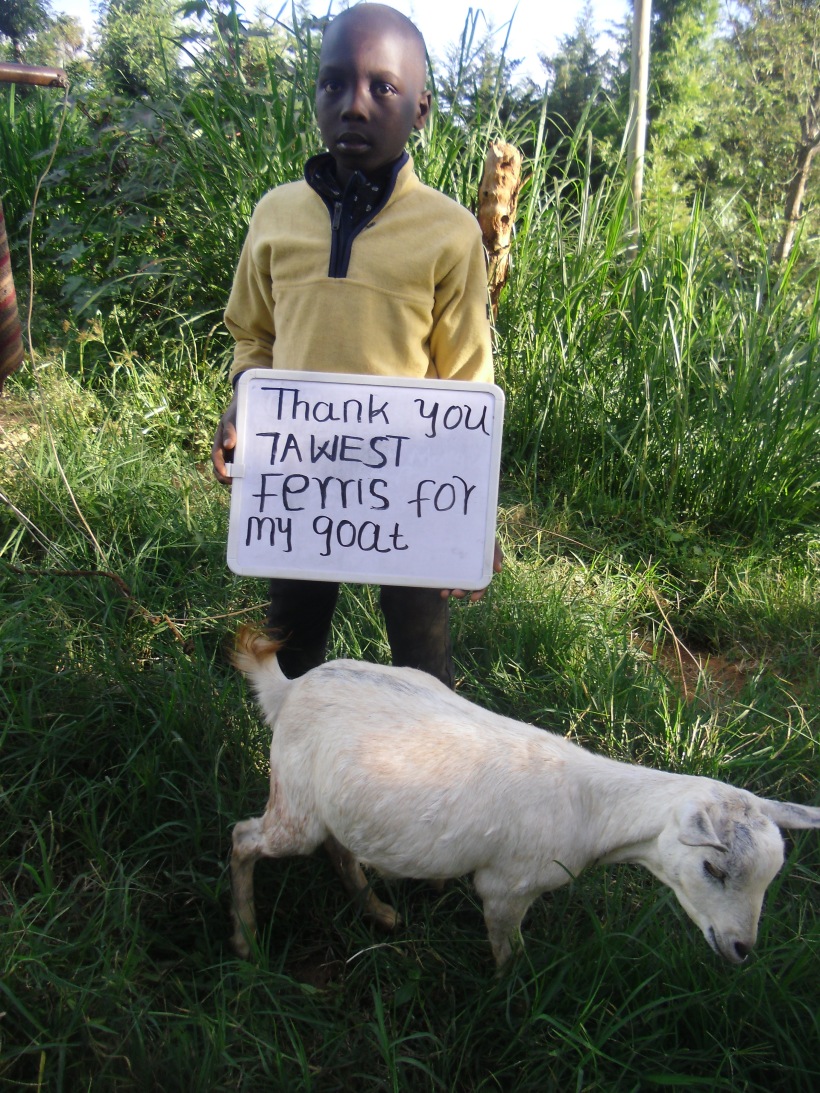 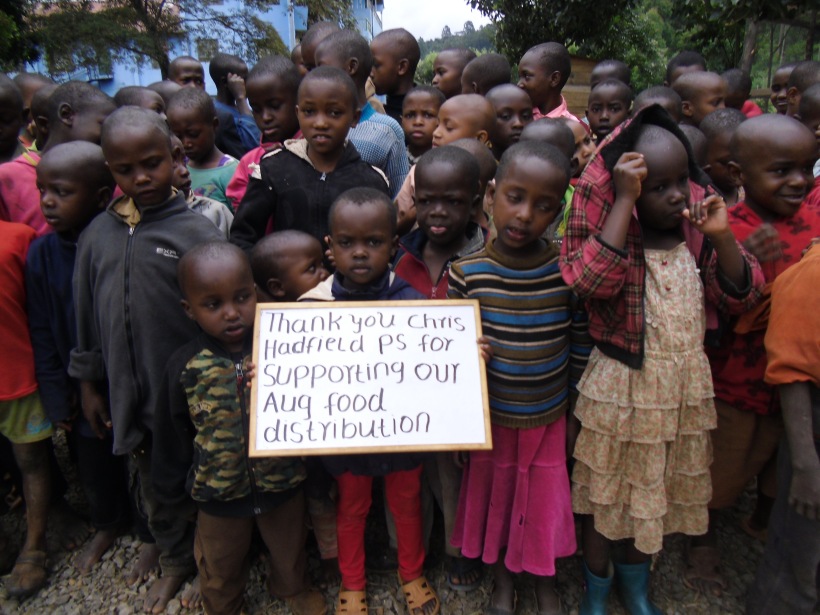 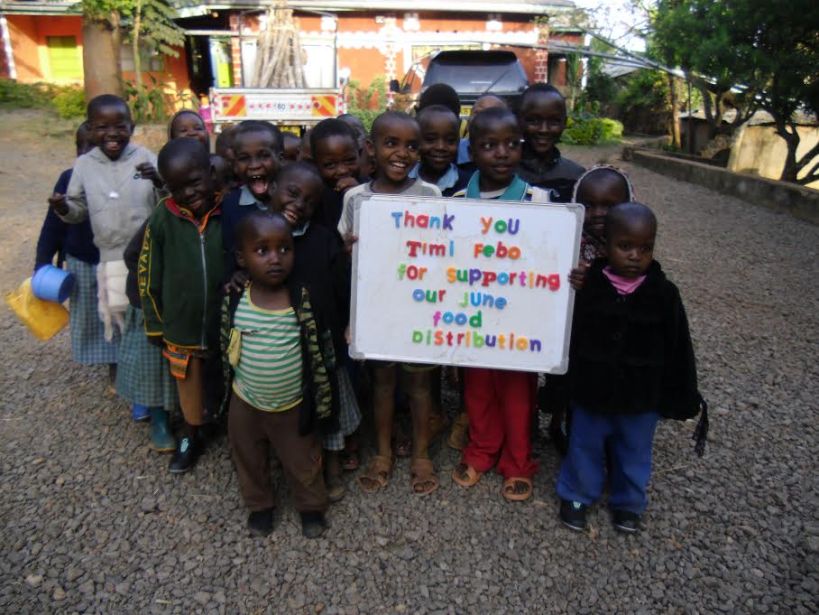 A donation of $100.00 provides food for all 63 children in residence, the salaries of all the staff and the utilities for the building. 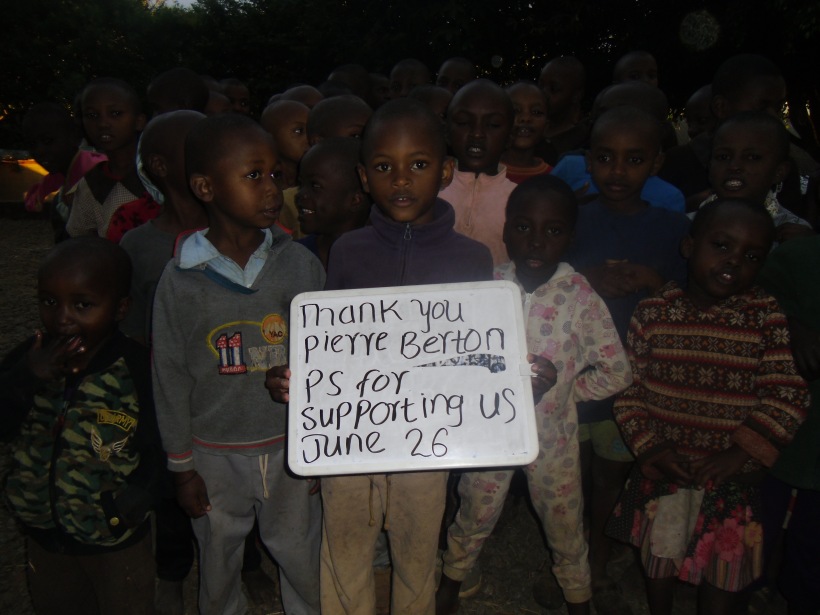 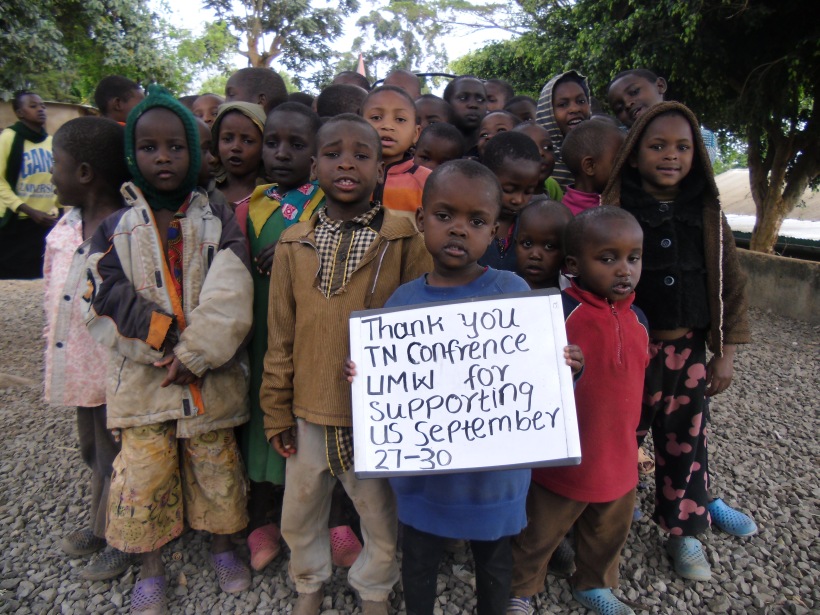 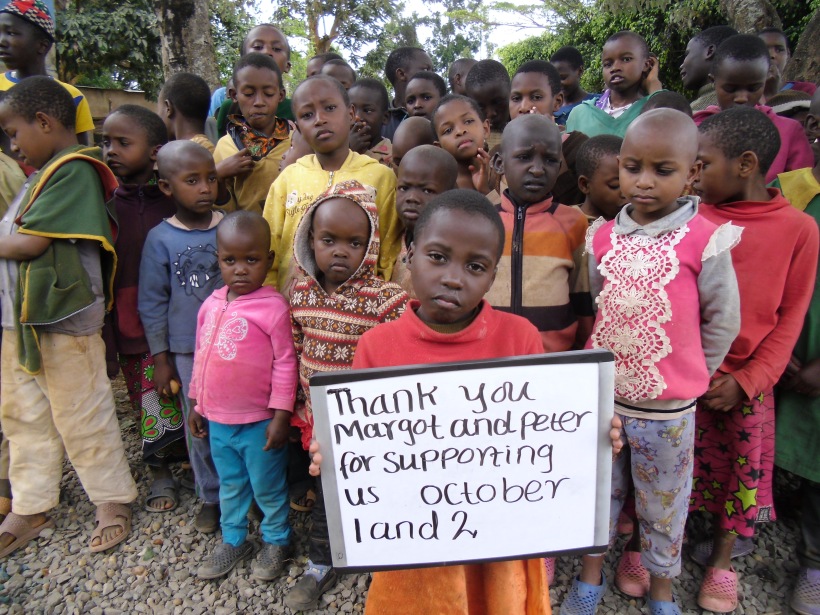 We have had over 100 visitors including many sponsors who travel to Kenya and meet their sponsored children.  We also encourage them to write letters – or emails – which we print and pass on.  While we have a gigantic birthday party for all our children we also have sponsors who send something special.  We try to get the sponsor a picture of the item in the hands of their child. 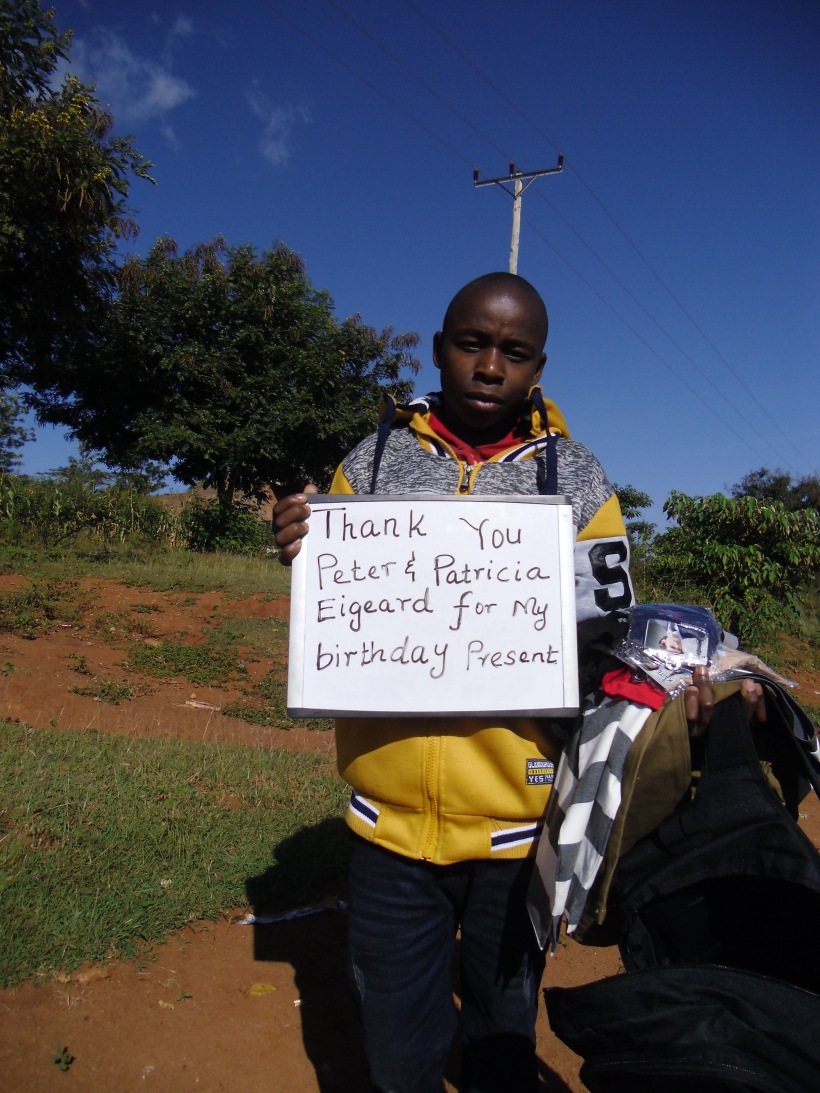 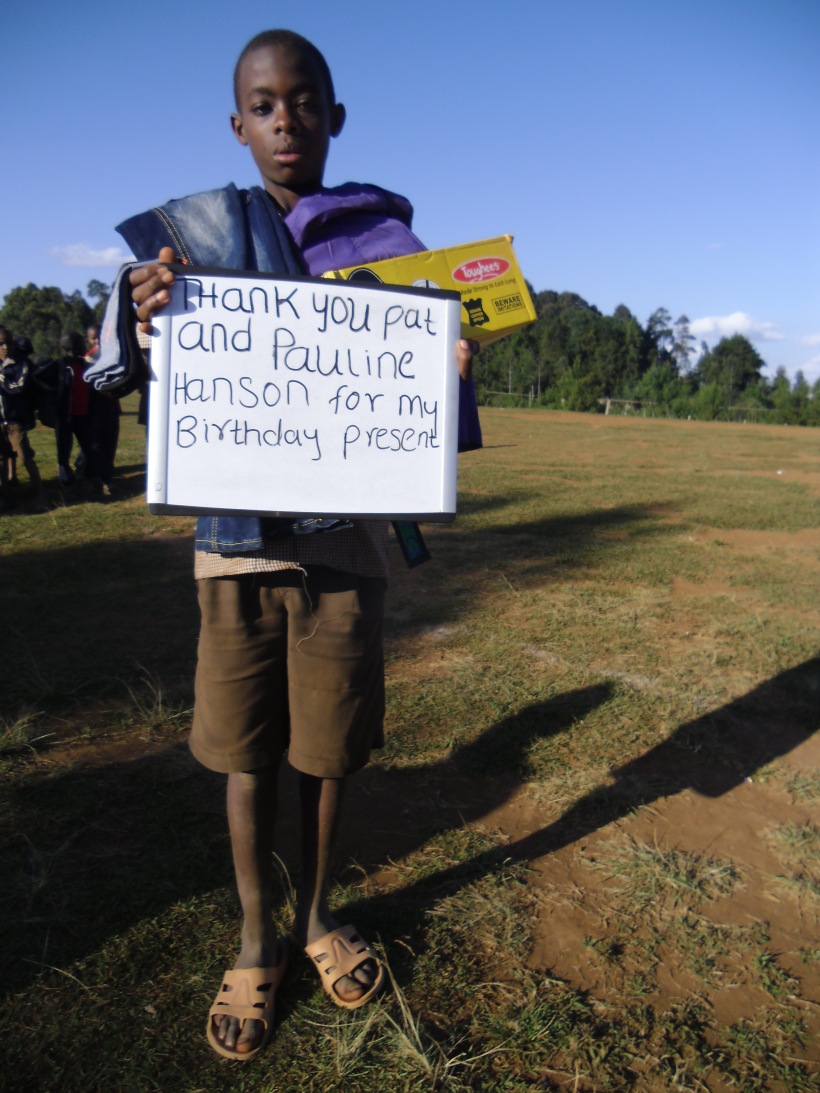 Connor visiting his sponsored child. They have met a number of times before.  If you are reading this update it’s because of Connor – he takes care of formatting and uploading it each month!

We have many of our orphans sponsored by Kenyans.  Wambua and his wife and friends  sponsor all of these children. What a great role model. What a caring couple! 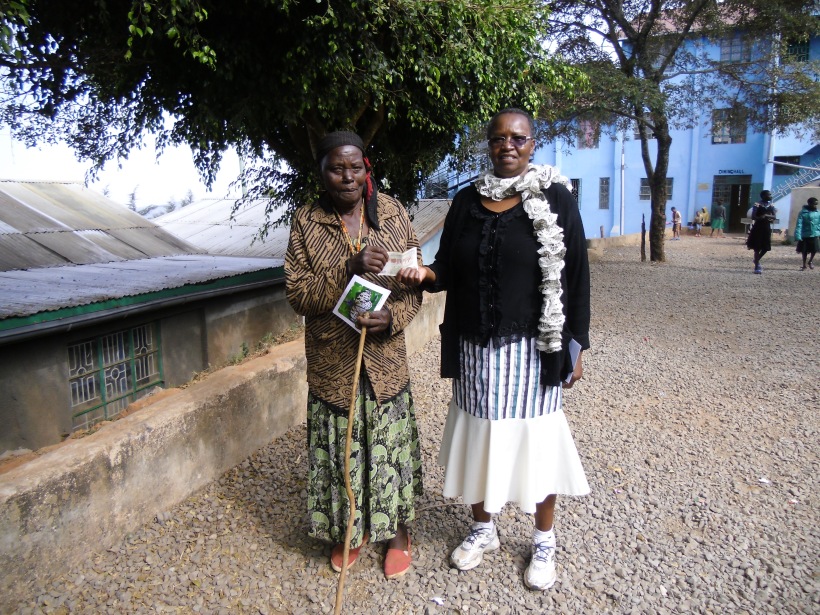 Grace is the grandmother of Baraka.  Grace is also my ‘sister’.  Anita and I  always provide additional support for her.  Here she is receiving a card and support that we asked be passed on to her. 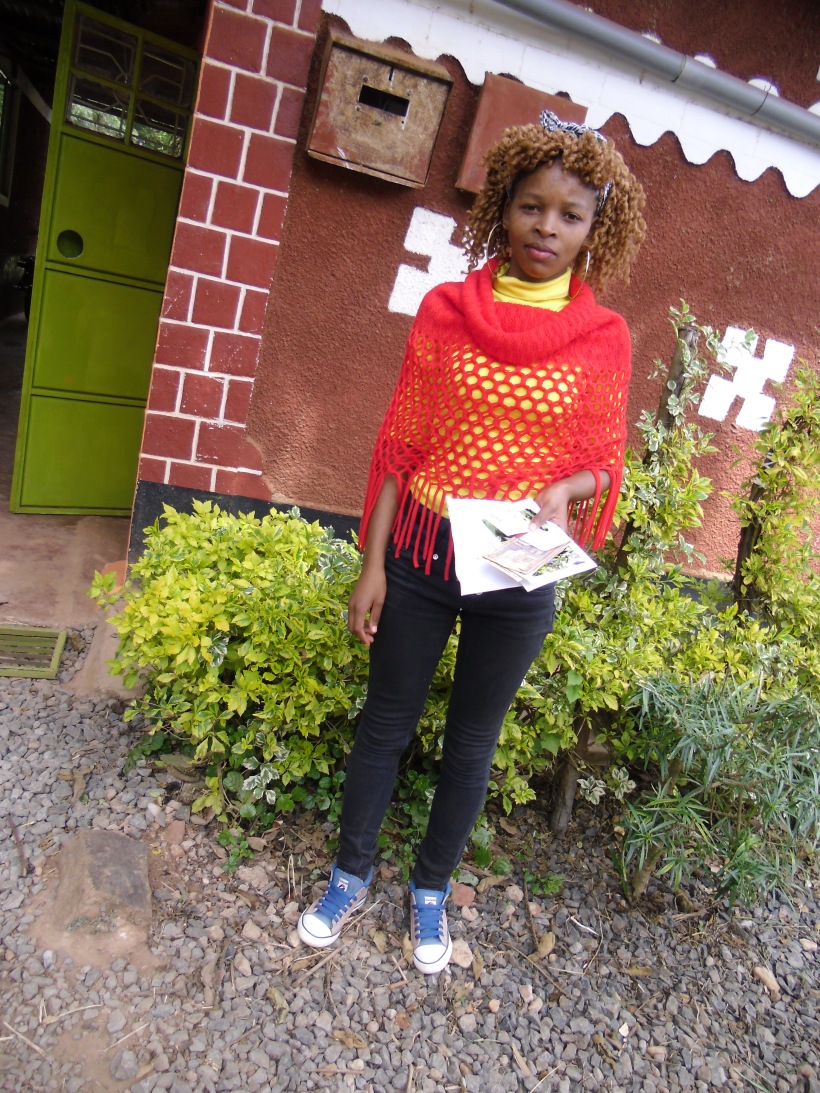 This very special young lady is Mary.  We have sponsored her for the last 10 years.  She is now graduated from college and has been offered employment by her last school attachment.  It is so gratifying to be a part of her success.

Mary was one of 24 of our students who graduated from college or university in the last 6 months.